We started Russo Surfcamp in 2003, brought together by the feeling of Surfing and Living close to the Nature. Since then we live as one Big Family, we never stop to develop, improve, create, and share the passion about this unique lifestyle.

We are happy to welcome all of you guys here to experience this incredible way of living!

Here are our Staff Members, that make a big part of the Russo Surfcamp’s Family.

All of us are surfers. Yes, of course! But we also love and practice many other activities besides surfing. These activities complement surfing such as yoga, skating, swimming and running. The others just feel good to do in the open air such as fishing, biking or volley at the beach. Our guys are skilled fishermen, so prepare for the fresh fish for dinners! We also organize the extra activities for the guests.

We do believe that physical activities are important for physical health and for the state of mind and soul, No kidding. That's why practicing surfing for us is the top priority. It’s the sport that brings you closest to nature. No waves - no game, and the Ocean is the Big Boss that makes all the rules. 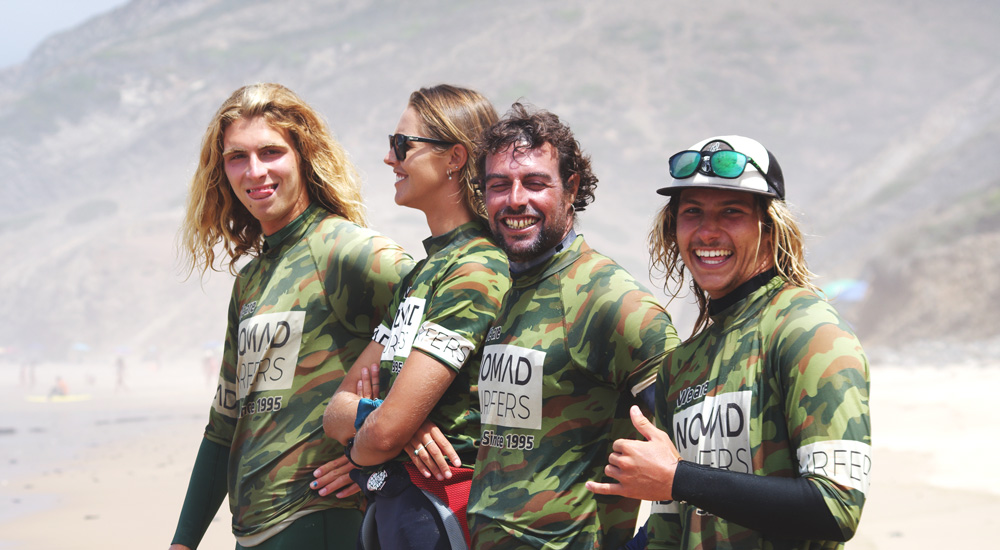 Respecting the Nature is an essential. We take care of cleaning the beach and organizing a Beach Cleaning Activity for the young generation during the Nomad Algarve Summer Teen camps. Year by year we improve with recycling and taking care of waste.

We have our small farm and biological garden that all of us take care of. We grow some fruits and veggies that time to time we bring to the Resort kitchen for our guests to try.

At the end it is all about Having a Good Time! To meet new people, to have a laugh, to joke and prank each other, to party, to make new friends, to play some music together and make some noise that's all the key ingredients for a Happy Living! 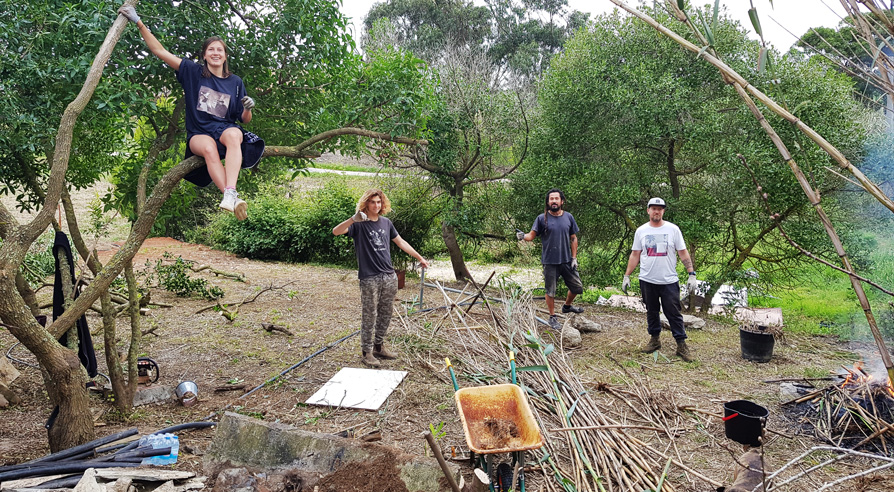 The head coach is Luis Marreiros. He is the most respected and recognizable surf instructor in the whole Algarve coast. Have you seen those fearless intermediates in rough conditions? That might be Luis's students! Luis has a gift to balance discipline with a sense of humor. He inspires the students, pushes the limits and is always attentive.

Many guests come and return just to have classes with him. Luis is a local from Vale Figueiras beach and started to give surf classes since the very opening of the surf school in 2003. Certified with FPS and IPDJ.

"There is always space to learn and improve, have some fun and drink a bit of salt water (from the nose). If I’m not surfing I like to go fishing, catch some seafood and prank the students! Looking forward to seeing many familiar faces and try to drown some new "intermediate" victims." 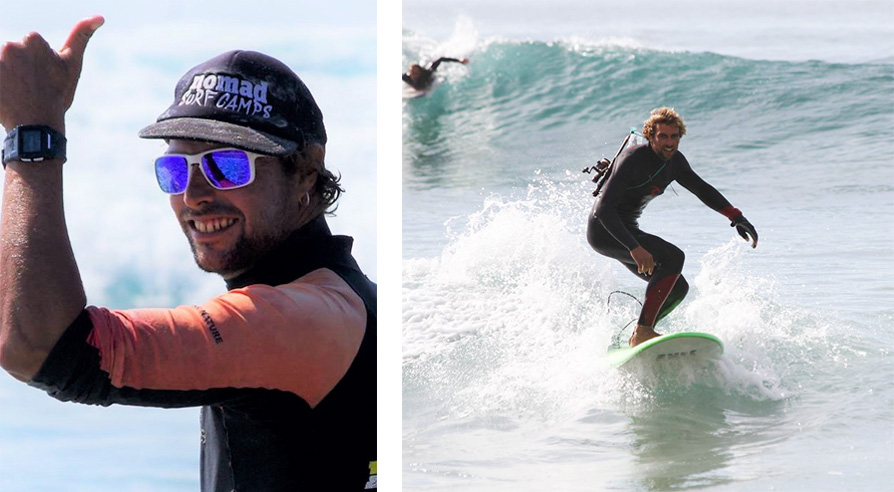 Hannah is a surf instructor at Russo surf camp for 8 years. She grew up on the west coast of Australia and she has been surfing for 19 years and competed for 5 years. She was the captain of the Western Australian junior surfing team in 2012. She is the right hand of Luis and one of the most trusted instructors. Her classes are well-structured and fun for Beginners and Beginner-Intermediates. Kids love Hannah!

"Surfing for me is an activity that presents challenges no matter where you go or the size of the waves. It gives me freedom to do what I want in such a big and unpredictable place as the ocean!" 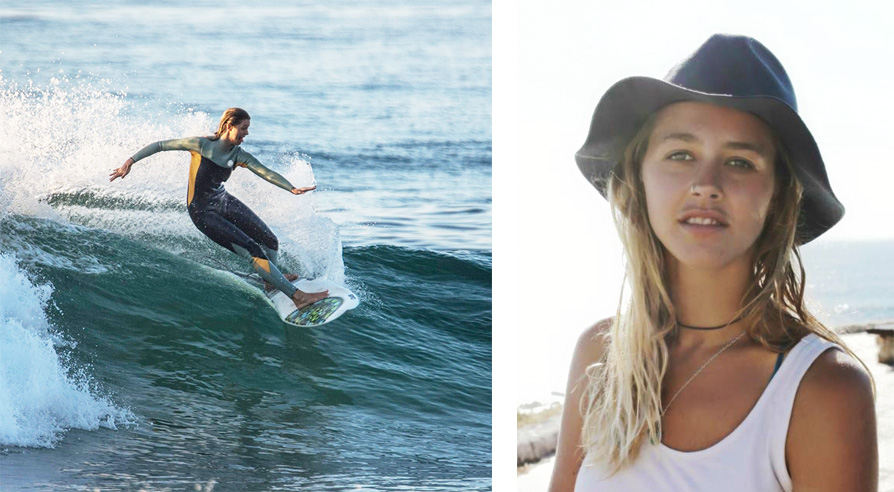 Egor is our young, but experienced surfer and ISA-qualified surf coach! English, Russian, and Portuguese speaker. Egor is constantly training by himself with the different coaches around the world, so he knows many tricks and valuable tips. He teaches Intermediates and Beginners.

He started to surf when he was 10 years old and was one of the first guests of our summer Teenage surf camps, which we have been organizing since 2009. 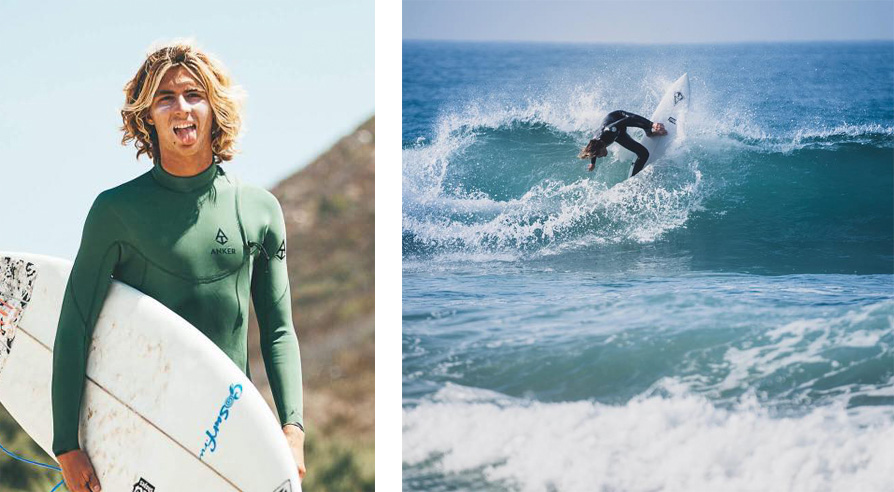 Rui Russo is the founder of Russo Surfcamp. Rui and his friends are surf-pioneers, they started to surf and develop the surfing culture in Portugal more than 30 years ago. Russo (his nickname) was given to him as all those years surfing in the salty water made his hair unusually blond for a Portuguese.

Rui is from Portimao. But he fell in love with Vale Figueiras beach and the area since coming here as a boy, fishing with his father. When Rui started to surf he spent many years living in caravan here, surfing, working, and preparing himself for something bigger. He opened the surf camp in 2003, and is one of the oldest surf camps in the whole south west coast of Portugal!

Russo is an active, happy and has a good sense of humor. He is the one doing the brekkies and our famous Saturday night BBQ’s most of the times. His Passionate about running the surf camp, but he also likes to take some of his own time enjoying surfing, fishing and travelling. 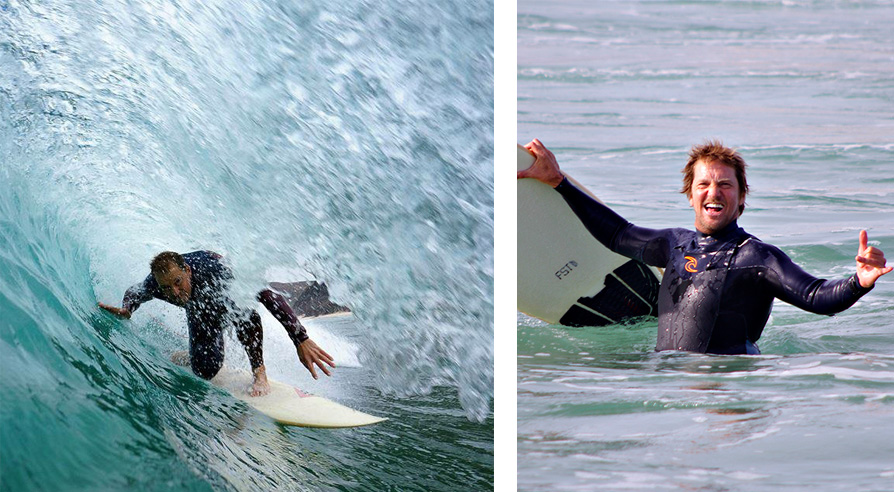 Lauren is our warm and friendly Yoga instructor, she certified with RYT 500 Yoga Alliance.

"My crush on yoga began over half my lifetime ago (24 years I have been practicing and teaching for 16). I travel the world to study and learn from great teachers. From Hawaii, California, London, Europe to India. I specialize in Surf Yoga, Vinyasa Flow, Therapeutic, Yin Yoga, Prenatal and SUP yoga, Surf Flow Yoga.

Every class is a thoughtfully handcrafted collection of asanas (postures). Connecting the body with the breath in a creative flow. All levels are oh so very welcome." 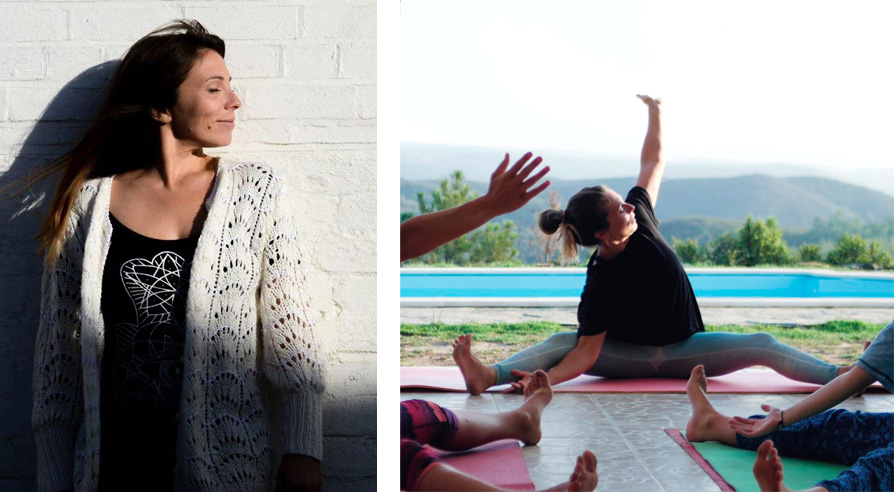 Tonya is the manager of the surf camp and your host. She speaks Russian, Portuguese and English and makes great photos of you surfing!

Madara is our Latvian chica and our most trustful helper at the Surf Resort. She is a very creative artist and she does henna paintings, wood craft and some jewelry. Our bartender Maria is Spanish and she always brings that happy vibe once she is there. She is a professional jeweler and sells her work all over the Algarve coast.

Our chef Tininha is another family member we cannot not mention! Tininha is Russo’s mom, but we call her our grammy. She cooks for our guests as if for her own family, always tasty, high-quality, with that special grandmotherly touch. 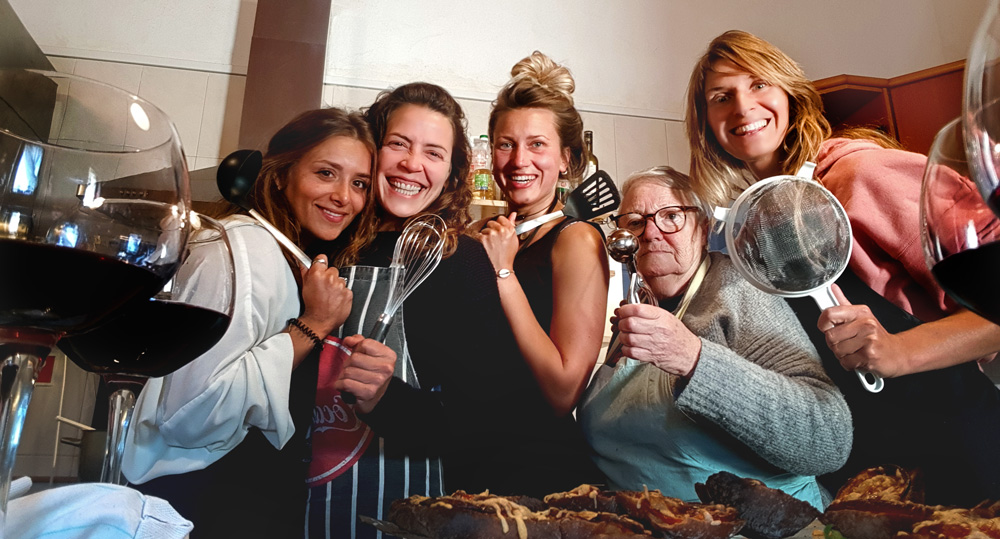 Thankx to our Sponsors and Partners:

And our friendly partners: